Beryl died in April 2001, a few months before her 90th birthday. She had appointed a family Executor, her stepson Robert Phillips and a professional Executor, her publisher Thelma Nye.

The Executors became the holders in trust of the substantial Archive she left, together with the responsibility of ensuring that her professional legacy would be recognised and celebrated. Robert’s partner Diana, with a strong interest in women artists, worked with Thelma Nye to collect the work, books and documents and in the following two years these were catalogued by Diana, with some items being placed in appropriate Collections.

The centenary of Beryl’s birth in 2011 saw an extraordinary meeting of minds on the Beryl Dean legacy. In that year a major retrospective of her work, curated by academic and author June Hill and Elizabeth Elvin, former Head of the Royal School of Needlework, took place at the Knitting and Stitching Show. To coincide with the exhibition the Executors published a biographical study ‘Beryl Dean by June Hill’.

The exhibition attracted great interest. Many people who had connections with Beryl came forward with stories, admiration and respect.  The Archive had been a valuable resource informing both projects. For these reasons the Executors realised that there needed to be some external focus to their work and began setting up the Beryl Dean Education Trust.

At the same time the Embroiderers’ Guild signalled their intention to celebrate the centenary by setting up a new embroidery Award and asked the Trust to support them in this. It has been a fruitful partnership and following two years of research and consultation the Embroiderers’ Guild Award for Teaching Excellence in Embroidery and Design has completed the first of its 10 annual cycles.

The third major piece of work undertaken since the exhibition is the creation of the Beryl Dean Website – www.beryldean.org.uk

The website would never have come about without the enthusiasm, encouragement, hard work and patience of David Dawson Taylor, Beryl’s godson. His knowledge, skill and support have been invaluable and very much appreciated from beginning to end. The final design was accomplished by Jake Farr and Tamsin Gale and the website was launched at the inaugural Award presentation at St Paul’s Cathedral, London. The Trust hopes that over time the website will become an active knowledge base for the modern history of embroidery and a resource for those who teach. 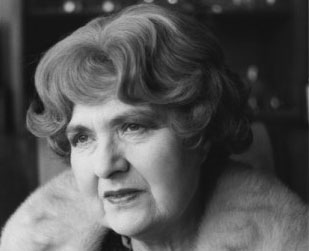 THE EMBROIDERERS’ GUILD BERYL DEAN AWARD FOR TEACHING EXCELLENCE IN EMBROIDERY AND DESIGN IN TEXTILE ART – 2016 We are... more...

Cathedral of the Forest Flower Festival

The Trust were delighted to attend the Cathedral of the Forest Flower Festival in July. The church looked radiant with... more...

12th-13th July 2014 at All Saints Church Newland (The Cathedral of the Forest) Gloucestershire, a Flower Festival “A Celebration of... more...